How to deal with polarizing forces? That question came up in blog 22, The Time Spirit. A famous journalist who excels in giving an answer is Lynne McTaggart. She says, with regard to both the spiritual and the practical: focus on the essence of people, start from  their good will, and you have won a world of goodwill and growing mutual understanding. On a small scale, as well as a large scale, she puts that vision into practice.

Lynne McTaggart, born in America and living in London, has a unique outlook. She brings together ideas about focus and thinking that have also guided my own life. Moreover, through her and for her, I have recently become part of an “intention group” that meets virtually every week online, to my pleasure and inspiration.

The purpose of an intention group (in this case a group of 11 women from Belgium, Germany and the Netherlands) is to jointly “send out” intentions to group members and their friends and family. Focused mental power can bring about major changes in the areas of health, relationships, living conditions, work goals and e.g. your life’s purpose. This was shown in numerous intention experiments undertaken by McTaggart since 2000, worldwide via the internet and in groups during seminars.

In the intention experiments, groups of individual people concentrated together on a positive outcome for another person or to achieve an important goal, such as peace. Lynne MT received feedback from countless people that participating in the experiments had had a positive impact on themselves. To  some of them, even a true miracle occurred. Initially, Lynne MT could not understand this at all. Read her latest book “The Power of Eight : Harnessing the Miraculous Energies of a Small Group to Heal Others, Your Life, and the World” (2018). 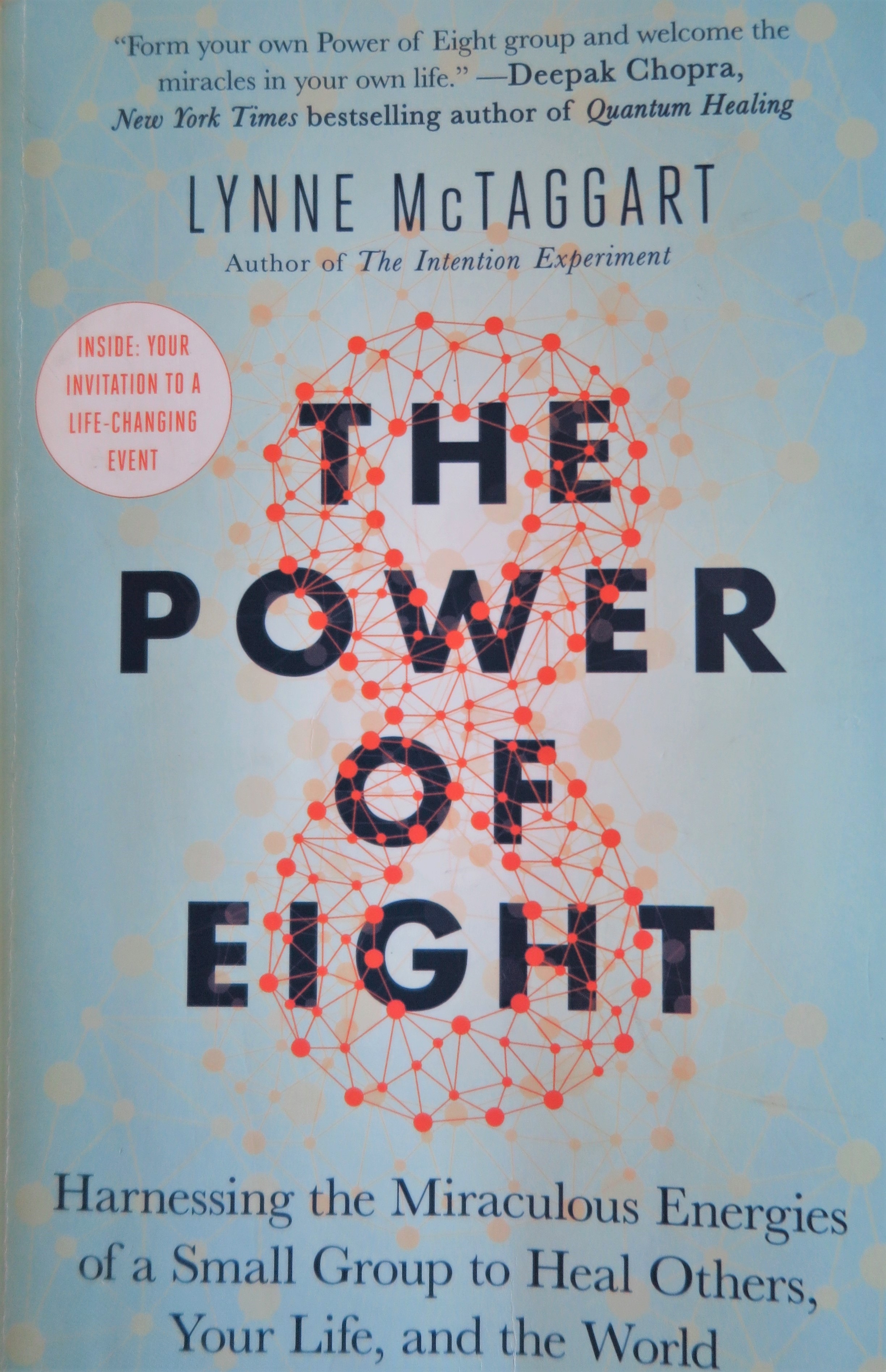 Her last book was preceded by three books: –> ‘The Field : The search for the secret power of the universe’ (2001), –> ‘The Intention Experiment : Can your thoughts change the world?’ (2007) and –> ‘ The Bond: Become aware of the field in which you live’ (2011). These are all comprehensive works, in which she extensively reports on the contacts with, and findings of numerous scientists around the world, in the areas of consciousness, energetic healing, and related topics. (See also her website https://lynnemctaggart.com.)

In essence these books tell about  the long inquiry – that Lynne MT already announced at the beginning of her book The Field – into possible connections between science and spirituality.

Thanks to her journalistic expertise and her scientific interests and insights, she has been able to report on explanations of phenomena considered unbelievable until recently. The intuition of many people in the field of spirituality and practice with healing and reading, is confirmed and proven by scientists. It’s nice when one’s beliefs turn out to be founded on scientific truth …

The clarification is at stake of phenomena usually considered unreal and irrelevant for daily life. According to Lynne MT the new knowledge is not only important for science, but also for daily life. Become aware that all things happen within a framework of invisible forces. When you are aware of these energetic forces, you may learn to influence them. That is the ultimate goal of Lynne MacTaggart’s “Power of Eight” intention groups!